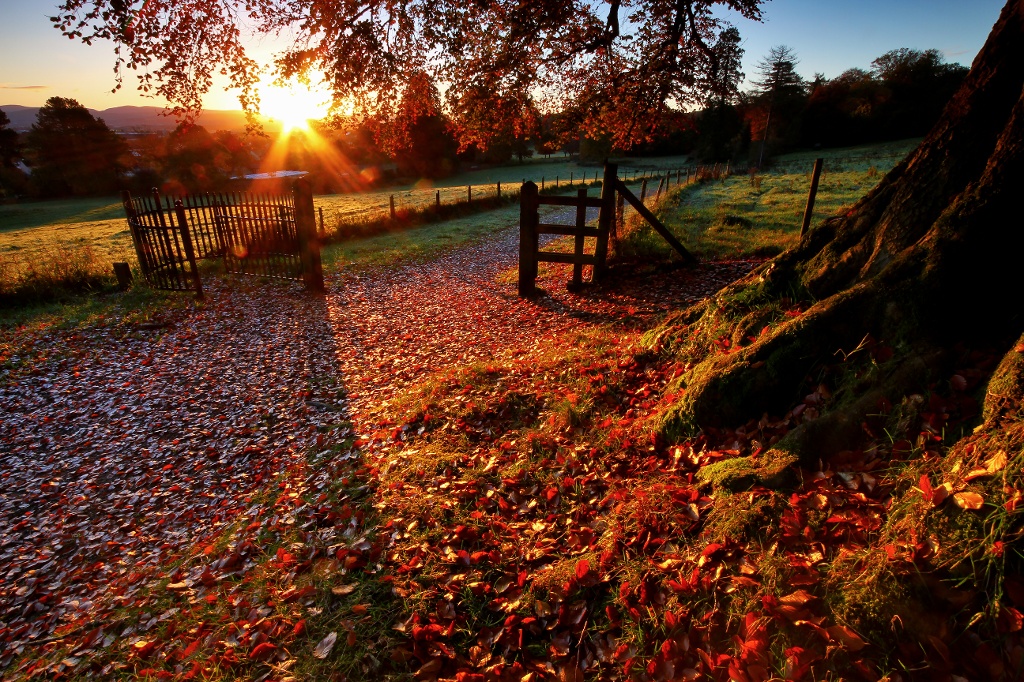 In the latest in a series of articles looking at land trends, Garry Best, MD of Best Property Services Newry& Dungannon reflects on four decades of land changes.

October 1979 saw my introduction to office life, having concluded my ‘farming life’ by the end of September’s harvest and re-planting winter crop. It took a few months to acclimatise to working in the family land and estate agency firm; adjusting from a life lived in a sound proof cab overlooking green fields, to an office desk and chair looking out at bricks and mortar in Newry.

That was 40 years ago and since then a lot of green fields have changed hands and I’ve observed lots of happy buyers and some ecstatic sellers over those four decades.  Whilst my predecessors had already been in business 89 years prior to my joining, there was a lot of learning ahead and I was fortunate in those early days to have a father and brother present to guide me in the world of selling land and auctioneering of livestock and chattels.

On researching the archives, I thought it might be interesting to compare how both land prices and office practice changed during the past four decades.

The ‘residential barometer’ in most towns (which is the value of an average three-bed semi-detached house) has also been used to illustrate change.  The table below shows ballpark averages for the South Down and South Armagh areas over the four decades (1979-2019).

During my first decade of adjusting to an office life, agricultural land values did not alter significantly in price.  Into the early 80s saw change - March 1982 became a significant date as a “base value” for Capital Gains Tax calculations. In general terms, farmland then varied between £2,000-£2,500 per acre depending on quality and location.

I recall the start of 1989 vividly due to the sale of, what was then regarded a large farm, of 155 acres at Killysavan, east of Poyntzpass owned by a Mr Brian English.  BESTS had been letting these lands in conacre for many years prior to sale, but buyers for that size of farm at the time were limited to just two who were in a position to purchase in its entirety. It sold in January of that year for just over £250,000 (average £1,612/acre).

By August of the same year, a 67acre farm west of Poyntzpass at Tullynacross sold for just under £200,000 (average £2,950/acre).  Whilst there was not a significant difference in quality or location, the smaller acreage was more affordable and attractive to more bidders.

Also during 1989 in Lissummon, Jerrettspass, a 74 acre farm owned by a Dundalk family changed hands to several buyers at an average price of £2,340/acre, part of which now forms Lissummon GFC.

Looking back to the end of that first decade (1989), perhaps the most striking figure was the price of Housing Development land at an average of around £29,000 per acre.  Even five years later in 1994, when a substantial 40 acre site changed hands in the Warrenpoint area, it was still only around £30,000/acre.

The Good Friday Agreement and peace dividend in the mid 1990’s contributed to the significant rise in Development land values by the end of the 1990’s, by which time values had multiplied four-fold.

By 2009, land prices were on the way down from the peak in the market (September 2007) and were to continue declining until around 2011, when the market eventually levelled out and a gradual, but welcome, recovery saw prices edge upwards from 2012 until present day.

Significant changes in the way business was transacted within the property sector were mostly influenced by IT advances during the past 20 years.

I started my working life like everyone else in the firm, keeping a manual ‘Property Ledgers’, with two pages per individual House, Farm, Pub or Shop. Names of enquirers/bidders recorded on the left hand page and their subsequent offer recorded on the right hand page. This soon gave way to software systems where data and ‘search functions’ became the norm and within a few years we all wondered how we had survived using so much paper and manual recording.

The decline in the volume of properties advertised in local and regional newspapers was gradual as we transitioned to the ‘search and click” of agent’s websites and portals.  From agreement of significant advertising budgets in the 1990’s, the majority of properties are marketed now by agents retaining accurate buyer requirement data, utilising ‘matching functions’ on software, with a much smaller budget for outlays to cover signage, cost of website portals, drone photography and an element of social media coverage.

Social media has increasing in significance for land purchases, although still more popular with the Residential sector.

With the advent of enhanced technology and the advancement of Artificial Intelligence, efficiencies in how people obtain their information on property they may wish to acquire, continues to improve.  The strapline of an online Global Property Auction Company - “Buy any property, anywhere, anytime and on any device” - has transformed traditional Estate Agency to a 24/7 business.

Three of our sales staff recently returned from an annual trip to London for the Estate Agency Masters Conference to glean the latest learnings from a range of industry speakers.  They were reminded of a quote from a leading CEO of a global company.

“People are craving human interaction.  That’s going to move the needle more than any technology you could ever dream up.”

Whilst the property sector is often described as a ‘people business’, I take comfort from that quotation in the hope that at least for the next four decades of our business, there has to be the right balance between agency staff and Technology.