Meet the team of experts in our residential, commercial and land divisions that have over 130 years combined experience. 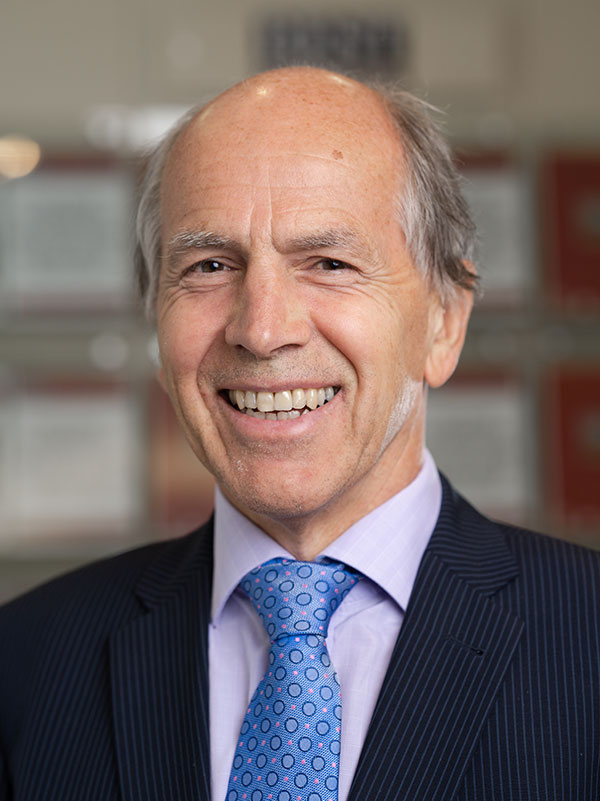 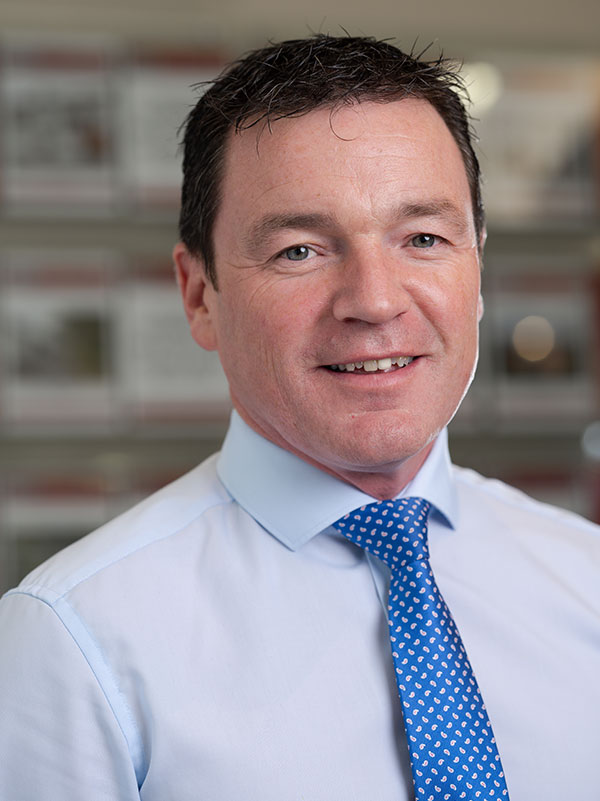 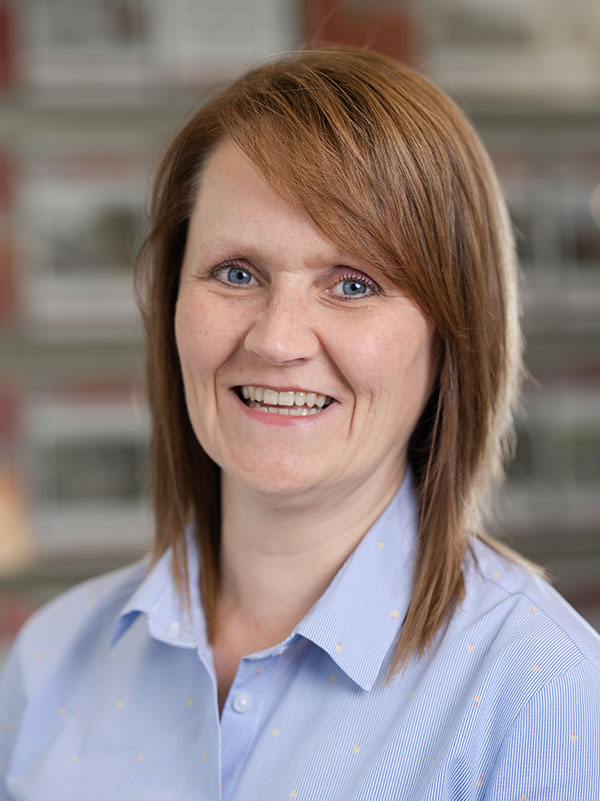 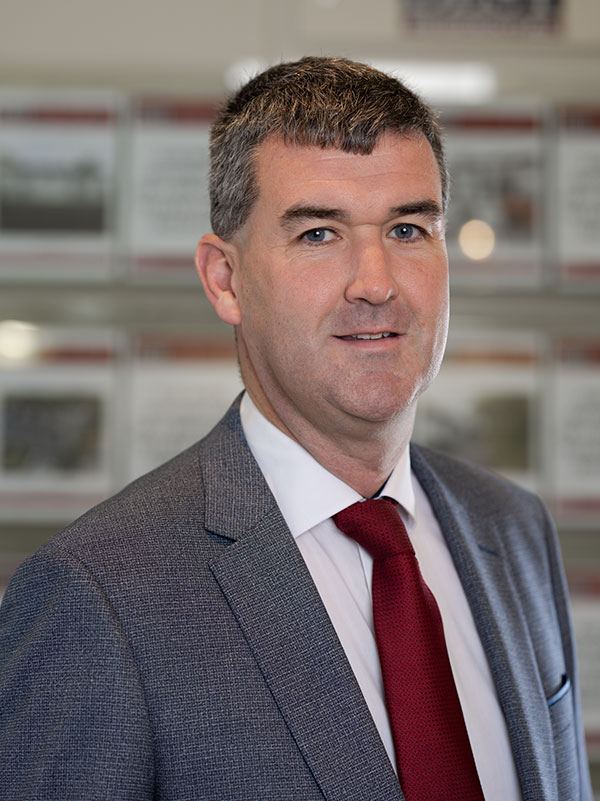 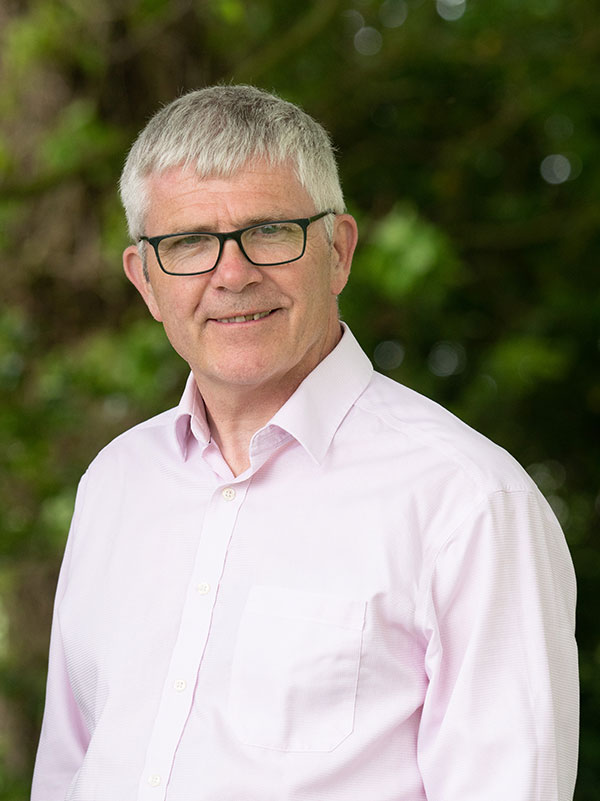 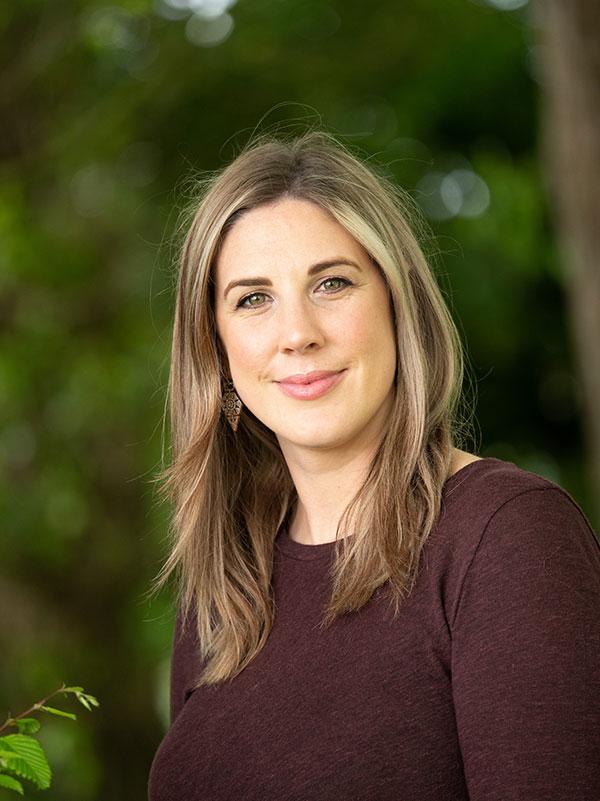 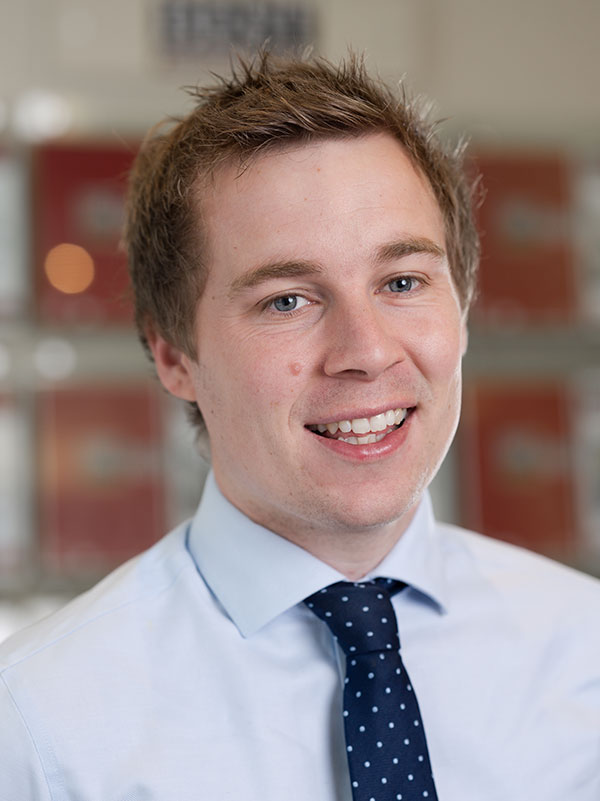 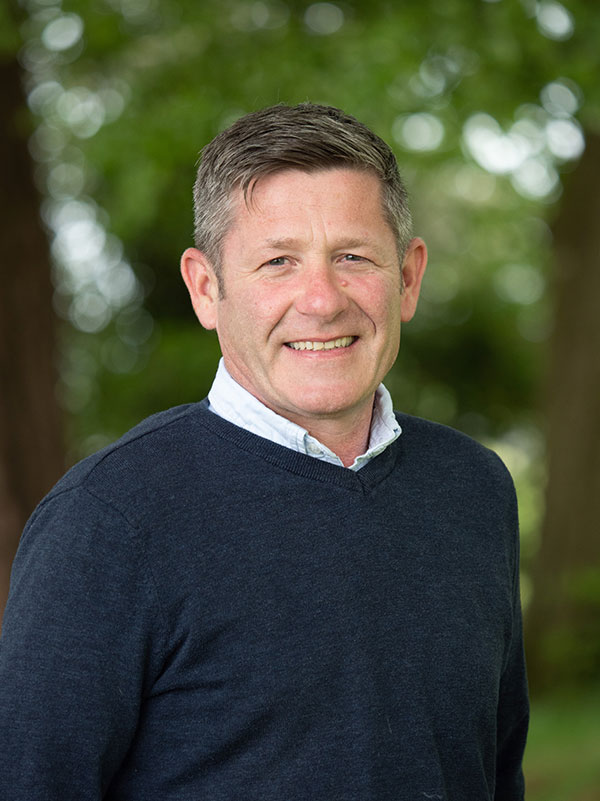 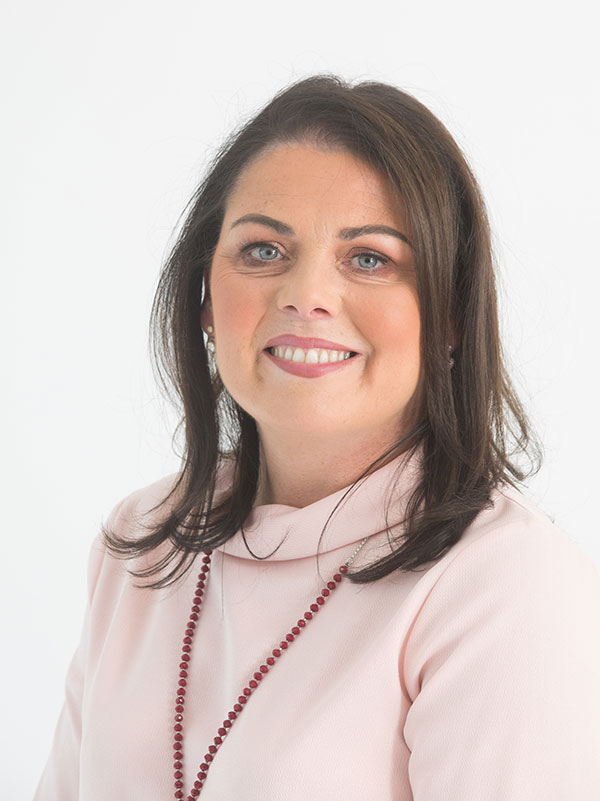 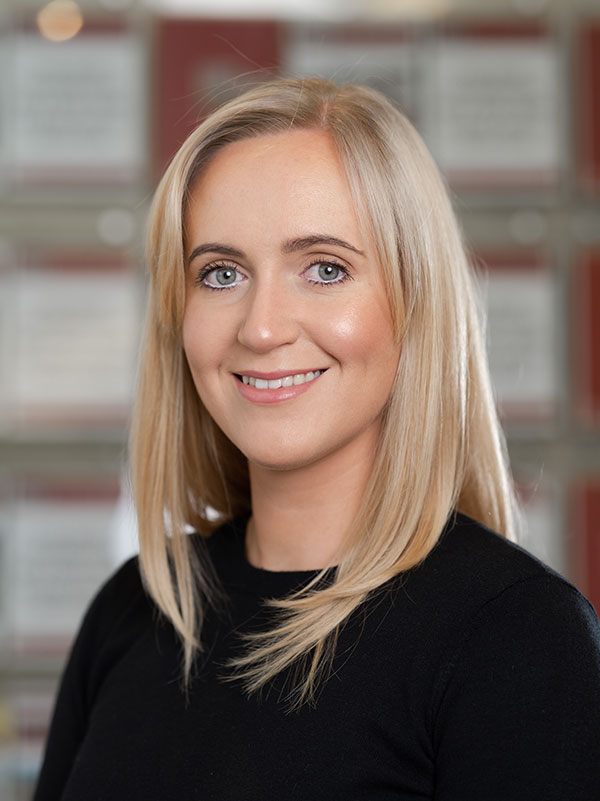 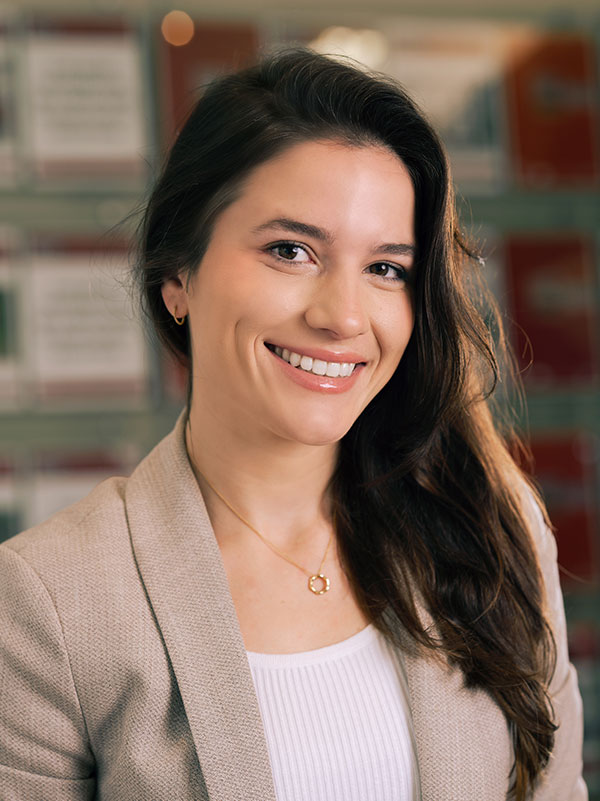 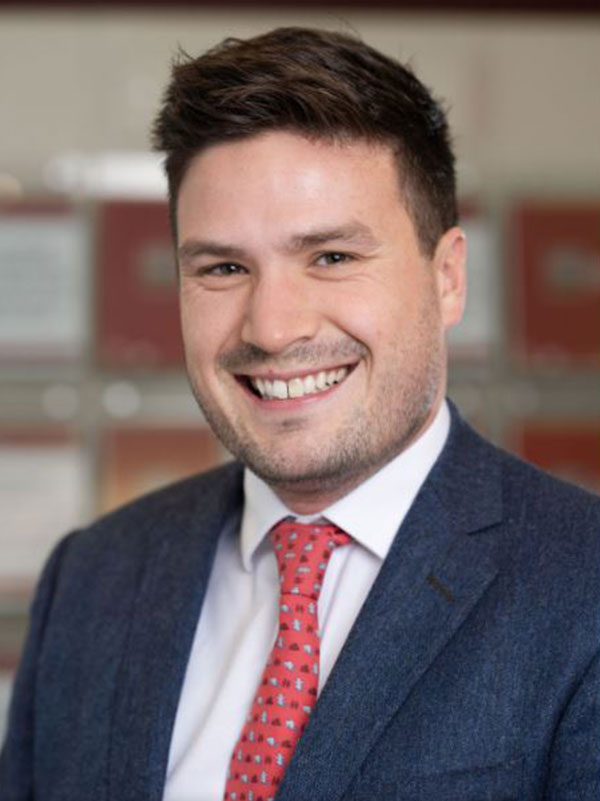 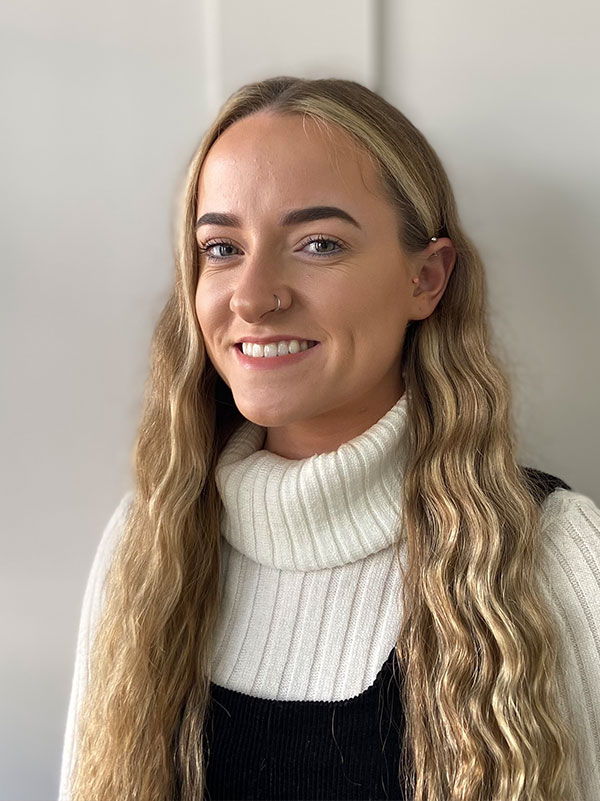 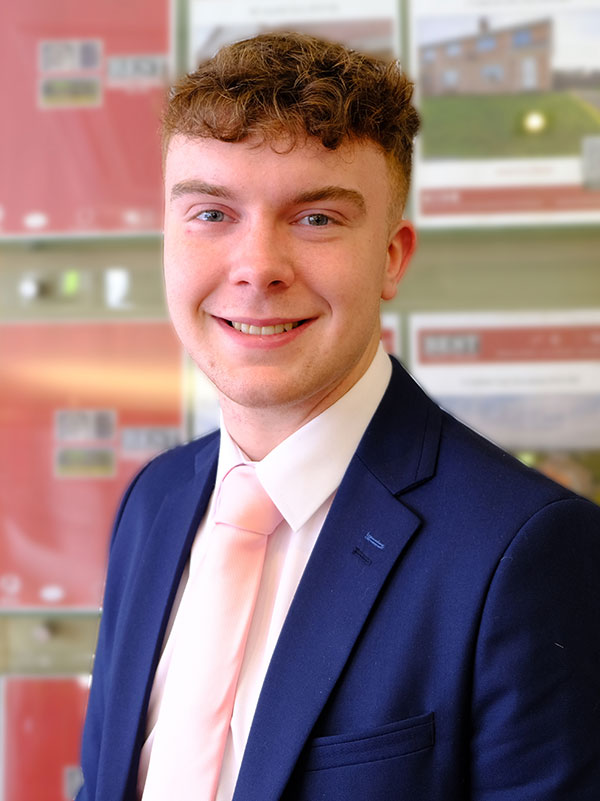 Director, Garry joined Best Property Services in 1980 - a fourth generation family business which has evolved over 130 years, to provide a comprehensive range of expertise across a full range of property services.

As a former Rugby player himself, and Uncle to Irish Rugby stars Rory Best OBE and Simon Best, Garry is obviously a keen fan of the sport and maintains his own fitness by regular walks, cycling and hiking in the Mourne Mountains.

Garry enjoys travelling with his wife and family of three. Garry once spent several months on horseback as a ranch hand in Texas, Montana and Kansas!

Garry is a Member of Royal Institute of Chartered Surveyors, The Institute of Directors, NI Rural Valuers & Auctioneers and The Central Association of Agricultural Valuers. He had been a member of Vistage between 2003-2015.

With over 20 years' experience, Gerard is a key player in our Chartered Surveyors team - one of the largest in the region - with expertise in all aspects of Commercial Property Services.

Gerard specializes in valuation work for private and corporate clients. These range from valuation for financial institutions to valuations for Taxation, Probate and Court proceedings.

In his free time, Gerard enjoys the challenges of triathlons and has previously completed in a number of Ironman Challenges. When not training, he's still active as a dad of 3 girls. Their favourite family activity is trips to Tullymore Forest and Newcastle.

Elizabeth is an integral part of the Best Property Services team as Senior Accounts Administrator.

Elizabeth is also part of the Land team, supporting farming clientele. She manages an extensive land letting portfolio which comprises over 100 landowners and approximately 3,200 acres of agricultural land.

At weekends Elizabeth enjoys walking her huskies, day trips on the motorbike with her husband and she has a keen interest in sewing and crafts.

Adrian has over 20 years' experience in the Newry & Mourne housing market and has been a key member of the Residential team with Best Property Services since 2004.

He specialises in Residential sales and provides market valuation advice on residential properties coming to the market.

Married to Sarah, Adrian has a young family of three children.

He enjoys coaching underage football at weekends and on the rare occasion he has any time to himself he enjoys football, walking and golf and travel.

Adrian has also extensive experience in advising clients in relation to residential lettings, as well as dealing with property acquisitions on their behalf.

Working from our Dungannon and Newry offices, Conor has over 30 years' experience across a spectrum of property matters for both private and corporate clients.

As an RICS registered valuer, Conor provides expert valuation advice on a diverse range of domestic and commercial properties throughout Northern Ireland and border counties.

Advising developers on new housebuilding projects, Conor has successfully taken many housing projects to market and is regarded as an expert in this field.

Conor processes many Compulsory Purchase matters and is regularly called upon as an expert witness with regard to property related litigation.

Outside the office, Conor has a wide range of interests including boating, hiking and local history. Perfect relaxation for him would be swimming in the sea off the West Coast of Ireland or enjoying an Al Fresco picnic on a mountain top.

Working from Bests Dungannon and Newry offices, Samantha brings over a decade of experience in customer service, client relations and team management.

Samantha specialises in the sale of new homes and developments in the South Tyrone region.

Originally from New Zealand, Samantha used to swim competitively for her home country in her teens and was a National Female Champion for three consecutive years. She still loves watersports and enjoys surfing, the beach and exploring the history of Ireland. She's also creative and loves arts and home improvement projects.

Samantha's creative streak is a great asset in supporting the companies digital marketing and she is always looking at innovative ways to improve the purchase/selling process.

Jonathan joined Best Property Services in 2014 a graduate of Harper Adams University with a degree in Rural Property Management.

Jonathan comes from a farming background and is knowledgeable in supporting the land team dealing with farm and site sales and acquisitions.

Jonathan is an avid rugby fan following Ulster and Ireland and in his downtime he enjoys working on the family farm, consisting of arable and livestock enterprises alongside diversification into renewable energy.

Daragh has been with BPS for over 20 years and specialises in Commercial Agency and Valuation for funding, taxation and litigation. He also offers expertise in rent review/lease renewal for landlords or tenants.

He acts for a wide range of clients including private, public authorities and corporate bodies.

Daragh is a dedicated Coach for his local GAA Club underage teams and spends most of his week pitch side. He enjoys playing 5 - a - side soccer every week with friends to unwind.

Siobhan joined Best Property Services in 1989 and has gained extensive knowledge in all aspects of residential sales and lettings with particular expertise in sales of New Homes.

Siobhan is an expert member of the Residential team, highly focused on customer service, offering clear and concise advice and adopting a 'hands on' approach which delivers results for her clients.

Siobhan is married with three children, a son aged 18 and two daughters. Her girls are avid Irish Dancers and attend dance practice up to 6 nights a week and Siobhan's weekends are often spent at Feis's across Ireland.

Siobhan is a member of Women in Business.

Rose joined Best Property Services in 2019 as Front of House and took on the role of Office Co-ordinator in 2021, managing the day to day running of the office. Alongside this Rose also provides administration support to the Residential Sales Team and looks after the digital marketing function for the agency.

Rose has a wealth of experience in delivering excellent customer service having previously worked in Retail Management for 6 years and she excels in a customer focused environment.

Outside of the office Rose enjoys spending time with family and friends and is kept busy with her 2 young children. She loves to travel and enjoys taking city breaks and beach holidays with her family.

Hailing from the Rostrevor and Warrenpoint area, Olivia is a Residential Sales Negotiator with first-hand knowledge of the local schools, people and businesses in the Newry Area.

Olivia brings a wealth of knowledge and experience to the Best Property Services Residential Sales team. After graduating from a BSc Psychology in Edinburgh Olivia moved to London to begin work experience in the residential marketing team for the largest commercial real estate services company in the world, CBRE.

Following this, Olivia completed an MA in Music in Edinburgh before returning home to work in the family business, consolidate her experience with CBRE and to pursue her passion for working with people and property back home in County Down.

Kyle joined Best Property Services in 2021 and along with sister Olivia making the company a fifth-generation business.

Kyle holds a degree from Heriot Watt University, Edinburgh in Business Management and Law and has been working within both the London and Dublin property markets since 2012 covering a range of sectors such as New Homes, Residential Sales and Property Investment. Kyle brings a wealth of experience to Best Property Services from these regions and markets and is excited to be back living and working in the area he grew up.

Outside of work Kyle is a big sports fan, mainly rugby and can often be found playing for the local club Newry RFC or supporting Ulster and Ireland.

After completing a foundation degree in Property, Planning and Housing in Belfast Metropolitan College and experience working in an established estate agency, Clovie was keen to further develop her knowledge in property and recently completed a BSc Degree in Real Estate at the University of Ulster.

Clovie is now part of the residential team at Best Property Services and is very eager to learn from her knowledgeable colleagues who have great experience and success.

Born and raised in Rostrevor, Clovie is more than familiar with the area as well as the local community, due to working in hospitality around the small village which first started her passion for customer service.