Farming in a Different World 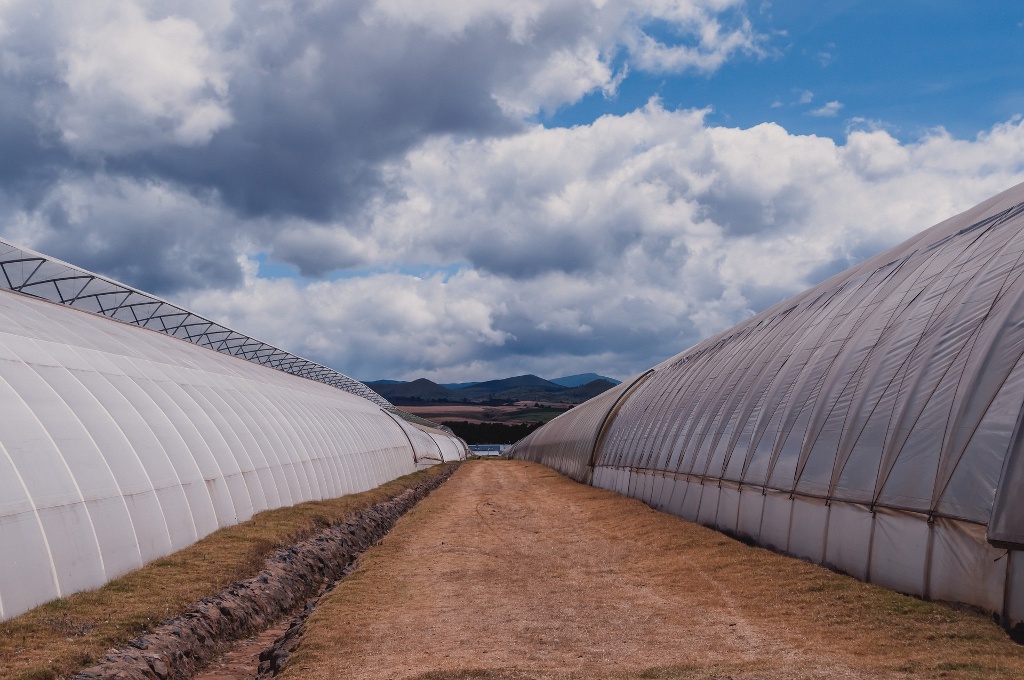 FARMING IN A DIFFERENT WORLD

In the latest in a series of columns for Farming Life, Garry Best MD looks at two unique farming case studies in China, which were shared at the Oxford Farming Conferences Jan 2022.

Whilst I’m aware farming takes many different forms throughout the world, I was struck by the uniqueness of two case studies in China which were shown at the The Oxford Farming Conference which I attended virtually at the start of this year.

Because they are so different to what we in the UK perceive as farming, I thought it would be interesting to share the case study with you.

The first was entitled, ‘The Future of the Farm’ and it gave the history behind a People’s Commune in Liuzhauang, a village in Henan province.

The case study outlined that in 1957 Chairman Mao (leader of the Chinese Communist Party and Chairman of the People’s Republic of China 49-59) travelled to the area and a people’s commune was established. The Chinese government declared this commune was to become a model for the entire nation.

A local farmer Shi Laihe became the first leader of the people’s commune in Liuzhuang and under his command the villagers started building new infrastructure to control the water levels of the main river to prevent flooding and improve the land.

Gradually in the absence of flooding, agricultural production flourished, and early prosperity followed.

Shi Laihe had cleverly retained collectivism and combined this with entrepreneurial investing.  By the late 1960’s he had realised that agricultural production alone would not be sufficient to keep the village economy growing long term.  He persuaded the village to start investing in industrial production and making paper from agricultural waste.

Realising that low end industry would not last forever either, he later ensured that new investment was directed towards setting up a pharmaceutical plant which is operating to this day.

The economic prosperity led to different stages of new village construction.  In 2006 the village completed the latest generation of housing and to this day everything in the village is collectively owned.  Every worker receives the same income; each family gets the same house with air conditioning, internet and a large TV.  With free education and healthcare provided, each household received 500 grams of meat per family member every five days in addition to vegetables.  Every year one member of each family is invited to go on a holiday trip.

More recently it appears that the commune has reached a crossroads as the income generated by the pharmaceutical industry is coming up against competition.

The second case study was entited ‘Urban Farming’ which focused on the Tun Tien community in the City of Shouguang, located in the Yellow River Delta – an area with 1.2m inhabitants.

Shouguang is at the centre of the world’s largest area of greenhouse farms, which covers an area more than 30 times the size of Manhattan and produces vegetables for more than 60 million people.

Most of the inhabitants of Shouguang’s Tun Tien community are farmers.  The video shows a husband and wife couple (Zhang & Zhou) living in an apartment on the 15th floor of one of the Tun Tien community towers.  Around daybreak they leave their apartment and take the 30 minute drive to their farm.  The urban landscape slowly morphs into an endless labyrinth of greenhouses.  Zhang and Zhou’s farm is only one small part of an area managed by the Tun Tien community.

The greenhouses in Shouguang are covered with blankets in the evening (electronically) to keep the plants warm during the night, while a large earth wall releases solar heat collected during the day.  This eliminates the need for external energy sources.

At sunrise Zhang and Zhou uncover the farm and 15 minutes later they start farming by looking after the plants each morning for several hours.  One of their main plants is Luffa, a cucumber like vegetable.

Until five years ago Zhuo was a truck driver.  As he wanted to spend more time with his wife, they invested around US $30,000 in building their farm and managed to re-coup their investment within two years.

After a midday rest, they visit their neighbours and in the afternoon go back to their farm to switch on the irrigation system after which the planned work for the day is done.

At sunset they cover the greenhouse again, as the wide roller on the roof gradually rolls out the carpet electronically.

The couple drive the 30 minute journey back to the city to their 15th floor apartment.

Such a contrast to farming as we know it here in Northern Ireland.  Living on the 15th floor of a tower block and driving 30 minutes to and from work every day would not be conceivable to many of the farming community that I know.

For many farmers, there is something special about being able to walk out the back door of their house and look across green fields – living on the land.

With land prices as they are in this part of the world, recouping our investment in two years though is just a bit beyond our reach!