The Future for Mourne Park 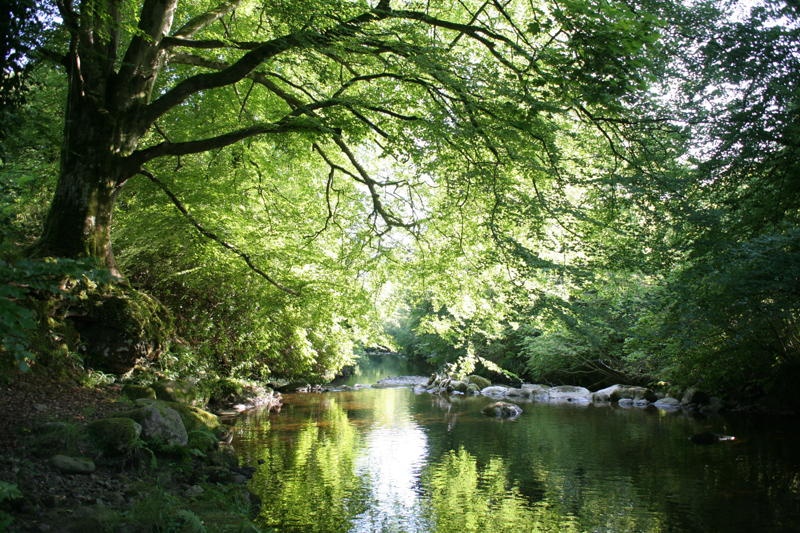 In the latest in a series of articles for Farm Life, Best Property Services Director, Garry Best looks at the future for Mourne Park.

The Best Property association with Mourne Park began back in the early 1980’s when my father was invited to visit Nicholas Anley to discuss whether we could assist him with the letting of his farmland at Mourne Park.

My recollection of Nicholas was of a relatively young man, who ran a successful Shipping Agency business from Warrenpoint Harbour  - Anley Maritime Agencies.  Recalling those early meetings evokes a vivid memory of the scent of tobacco smoke from a pipe.  Sadly we only worked with Nicholas for nine years as he passed away in 1992 at the age of 48.  A gentleman in every sense of the word.

In 1983 which was the first year, we were involved in letting Mourne Park. We had a number of other Estates or sizable holdings under our management including Gilford Castle (300 acres including Liscalgat farm near Crossmaglen), Trustees Richardson at Moyallon, Portadown (290 acres), John Compton Ltd at Glenanne (185 acres) and the Waring Estate in Waringstown (170 acres).

Whilst Mourne Park extended to c.600 acres, there was a considerable acreage of Woodland and Mountain grazing and, in that first year, we were letting around 240 acres for grass or cropping and 300 acres of Mountain grazing for sheep.

As is customary for ‘first time lettings’, when a land holding becomes available for the first time, intending tenants are often prepared to pay a “premium” price - over and above the current market rent -  in order to establish their presence in year one. The hope being that in year two, the other tenants will not bid against them when that particular lot comes up for auction the following year.

When we compare ‘Year Two’ prices achieved with ‘Year One’ there was, as expected, a reduction in income of around 30% and only one new grass tenant in year two had been able to ‘push out’ the previous year’s tenant.

We soon became aware that available farmland in the Mourne area was in short supply (lying between coast and mountains) and there was also a strong demand.  Prices paid per acre were high relative to further north in the Newry or Banbridge areas.  Accordingly in the early years, we often ensured that the Mourne Park land letting Auction was held in the first or second week in November, so that a benchmark headline price per acre could be established for the season ahead.

In my early impressions of Mourne Park I was in awe of its majestic setting with its ancient oak and beech trees, four avenues all connecting to the main house and Whitewater river flowing through the Estate from north to south.  Such was the feeling of so much space and natural beauty of the woodland, only interrupted by the concrete roads which had been built by the American soldiers of the 5th Airborne Division, billeted in Mourne Park between 1942 and 1945.

Historically the first Earl of Kilmorey lived in Mourne Park from 1806 and the fourth Earl from 1920 was the current owners’ great grandfather, who died in 1961 and was known as “K”.

An interesting local connection was established by “K’s” private tutor, who had so enjoyed living in the Kingdom of Mourne that he obtained a local property Drumindoney and founded a Boys Prep School, which he called Mourne Grange.  This flourished until the early 1970’s when it was acquired by the Camphill movement and became a farm-based Village Community.

Our association with Mourne Park continued with the annual land letting into the current century, in addition to a number of Freehold negotiations and valuation advice.

Our point of contact in the family after 1992 was with Marion Anley and then in later years, her sister Bonnie who had been involved in the Shipping Agency in the 1990’s.  Their brother Philip was a teacher in the UK since 2005.

Engaging with the Woodland Trust

In 2020 we were requested by the owners to enter discussions with the Woodland Trust, as they were interested in securing the long term protection of the Ancient woodland to a recognised organisation and the largest woodland conservation charity in the UK.

Whilst we were honoured to receive this instruction and were confident that our knowledge of the Estate since 1983 would be of considerable benefit in these discussions, we were also aware of the weight of responsibility on the Anley family to do what was right on behalf of both their predecessors and their own offspring, such was the historical significance of Mourne Park.

Initially our main concern from a valuation perspective was the potential difficulty in convincing a UK based organisation of the considerable differential in land values in England with an area of Northern Ireland which was arguably the highest value agricultural land in the province.

Added to that was the fact that 65% of the subject land was existing woodland. There are not many open market transactions from of existing woodland from which we can obtain market evidence within Northern Ireland and we knew that our own strapline of ‘creating property solutions since 1890’, would be well challenged in this instruction.

On the Ground Research

My starting point was to reacquaint myself with Knockchree and the broad extent of the Estate by taking a half day and hiking my way initially around the perimeter and then through the ancient woodland and along the Whitewater River.  The view over Mourne Park from the top of Knockchree (1,015 feet) reminded me of what a unique opportunity the Woodland Trust were being offered if we could reach agreement on values.

The Future of Mourne Park

Best Property Services have been privileged to work alongside two generations of the Anley Family, this past 38 years. We are also aware that the Woodland Trust acknowledge this tremendous opportunity ahead of them, so we invited Ian McCurley (Director of Woodland Trust in Northern Ireland) to conclude this week’s column with his own thoughts on the beginning of a new association.

“The Woodland Trust feel honoured to be the future custodians of Mourne Park. It is down to the work that the Anley family have put into this wonderful estate that has allowed the Trust to take Mourne into the future, backed with the enthusiasm, history and deep knowledge that the family bring.

NI is the least wooded country in EU and has the lowest percentage of ancient woodland – so protecting a site of the quality and scale of Mourne Park is even more important.

There has been a history of woodland there since the 1600’s and this continuous presence means that the ecology of the site is of the highest quality.

The estate is host to an incredible variety of wildlife and we will work with partners outside the walls of Mourne Park to do as much for nature, climate change and people as we can within the Mournes’ landscape.

We look forward to working with the community to shape a long term project that will become a key part of the Mourne tourism experience and provide access for the community as we look to the next 400 years of Mourne Park.” 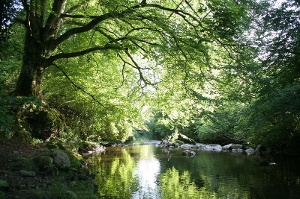