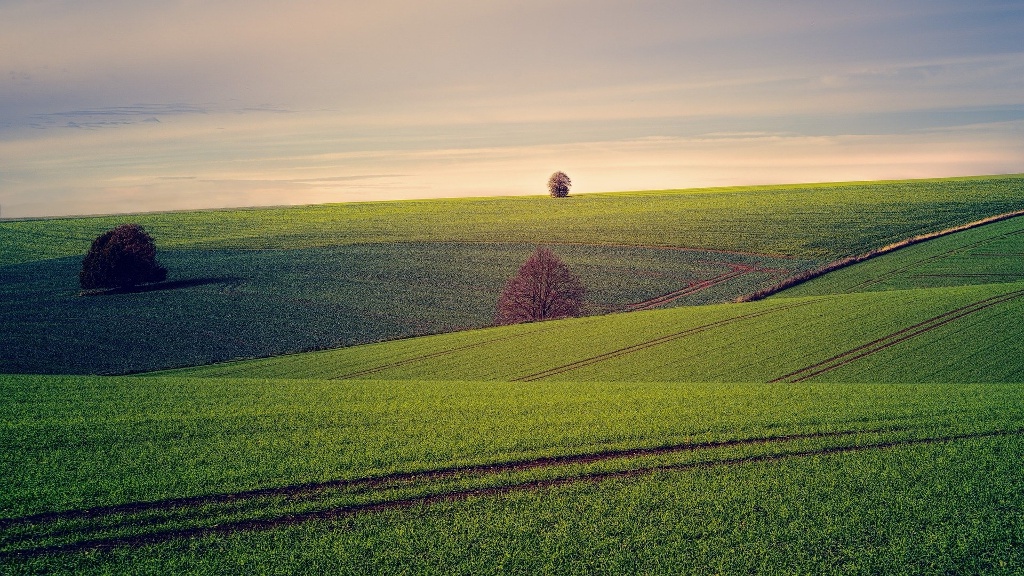 This is the latest in a series of articles from MD Garry Best for Farming Life.

Very often the starting point for a lot of our work commences with questions around the value of the property.

As all property valuers are aware valuation is not an exact science.

It is an opinion expressed - by a suitably qualified professional - often based on comparable sales evidence where a price for a specific property has been agreed between a willing seller and a willing buyer.

In the event of the owner’s priority being to offer the property for sale, then often there is no need for a written valuation report.  It is more a case of a discussion around the different marketing options, vendor’s priority and an appropriate guide price.

Written valuation reports on the other hand are carried out for a variety of purposes but predominantly for different forms of tax assessment.

This can vary from PROBATE – assessing the value of various assets owned by someone who has recently passed away, to TRANSFER – the value of assets at a particular date when transferred to family members, often to reduce inheritance tax in situations where the transferor then survives seven years.

CAPITAL GAINS TAX is often discussed with potential land vendors to ascertain whether they are likely to receive the entire sale proceeds or loose a certain percentage in tax which often depends on when the specific asset first came into their name(s).

If this goes as far back to the 1970’s or early 1980’s, then the date of valuation (base value) is the value applicable as at 31st March 1982.  A comprehensive list of historic land disposals between 1980 and March 1982 comes in useful for reference when preparing valuations which are required for CGT computation.

When I look back a property valuations we carried out between 2000-2005, which later became property offered for sale on the open market, the impact of the 2006/2007 boom bust is significant.

For instance, a 0.75 acre shore front property with an existing outdated dwelling was valued for probate purposes in 2003 at £275,000, on the basis of sales evidence for that location during the previous two years.

Who could have envisaged then, the impact of all types of property values rising so dramatically in that 2003 to 2007 period, accentuated by financial institutions keen to lend on a rising market.  That particular shore front property ended up selling at auction for £1.85M, a multiplier of 6.5 in only 4.5 years.

Clearly the value had risen and peaked around 2007/2008, but subsequently fallen in value until 2011-2012 when land prices were at their lowest.  When offered for sale in 2013, it was still 20% below its valuation 12 years previously.

Thirteen years later it was on the market again and sold at around £550,000.  This time the reduction was a combination of two factors.

Firstly, the market in that locality had not recovered to a level witnessed in the boom year of 2007 and secondly the residence was occupied by a tenant for eight of those years and the level of maintenance necessary for that size of a property, was not sufficient.  The dwelling became run down and the extent of repair work necessary was reflected in the price the market was prepared to pay.

Lands situated in the Greenbelt area, close to the development zone line in Warrenpoint, were valued for Transfer purposes in 2000 at around £15,000/acre.

When these lands were offered for sale some 16 years later, they fetched around £21,000/acre and were still in the designated Greenbelt.  In reality they would likely have peaked in value around 2007 at probably £30,000/acre and then dropped to a low in 2011/2012 and were rising again when offered for sale.

Unfortunately for some beneficiaries where the date of death occurred around the 2007 ‘peak of market’ period, the subsequent asset valuations were high relative to say five years earlier or five years later, because they were mostly based on comparable sales evidence during the period prior to death.

In turn this often led to higher tax applicable.  On occasions where more complicated ‘Estates’ were several years in administration while asset values were in decline, we witnessed situations where beneficiaries were disposing assets to pay Inheritance Tax.  As the values of most assets continued to fall between 2008 and 2011, there were some instances where the proceeds of sale, left very small residue amounts for the beneficiaries after settlement of the tax liabilities, which had been determined on the much higher 2007 values.

The type of asset and whether there were Life Assurance policies in place to mitigate the tax were also relevant factors.  In most situations agricultural land attracts 100% relief from Inheritance Tax, so usually the scenario outlined above were more likely to apply to either commercial or residential property.

Thankfully our experience of this unfortunate set of circumstances has been limited because the significant drop in values (2008-2011) was not evident within Northern Ireland prior to 1980 when our valuation department was established.

In the limited number of situations we were involved in, the solicitor handling the Estate may have requested that we revisit our original Probate valuation to ascertain if there was any leeway for adjustment within the comparable sales evidence parameters we held on file, when we arrived at our valuation figures several years earlier.

Often there was not much room for adjustment, but worth exploring bearing in mind the reduction in values post 2007.

Although property valuation, described earlier as not an exact science, is and will continue to be, a subject of much debate and curiosity - often fuelled by the most recent local sale whether it has just appeared online or though the rumour mill.

More often the property owners favour the higher values discussed whilst the buyers and future aspiring owners tend to gravitate to the lower values, with no shortage of ‘valuation experts’ located somewhere in between.